Our client The Ocean Cleanup wins the Dutch Design Award with The Interceptor in the Category: Product

Dutch Design Week in Eindhoven is the largest design event in Northern Europe and presents work and concepts from more than 2,600 designers to more than 355,000 visitors from home and abroad.

About 80 percent of all plastic waste in the oceans comes from rivers. The Interceptor is The Ocean Cleanup’s answer to this problem. The Interceptor is designed to independently collect waste from rivers and is 100% solar powered. The waste enters The Interceptor with the natural flow of the river after which it is collected via a conveyor belt. Each Interceptor has an internet connection, so The Ocean Cleanup can continuously collect performance and data and local operators are automatically informed when the waste containers are full. The power of The Interceptor lies in the autonomous operation and the scalability of production. Because the more Interceptors are into use, the more that is cleaned up and the more the ultimate goal of this Dutch non-profit comes into view: clean oceans.

Coming up with structural solutions to major threats to the environment is a gigantic ambition. The Ocean Cleanup shows that it is a process in which you learn by doing. Despite all the pressure and criticism of previous projects, Boyan Slat and Fabrique now boldly sketch a new scenario that takes a significant step closer to the source of the problem: the plastic waste that ends up in the oceans via rivers. A great collaboration between young talent and a renowned agency, where design is used as a problem solver. The technology has been thought over at all levels and the scale on which multiple Interceptors can operate is promising.

— ‘”A bold example of design’s problem-solving ability. The technology of The Interceptor has been thought over at all levels by The Ocean Cleanup and design partner Fabrique and the scale on which multiple Interceptors can operate is promising. “

For example, the entire team including suppliers is included in the process and suppliers always see everything that is needed in the correct version. This has laid the foundation for a scalable product and process. This is a contribution to the goal of building 1000 Interceptors in the next 5 years, so that 80% of the plastic pollution is captured. That is a great project to work on together, with The Ocean Cleanup’s River team and partners.

Back to News Overview 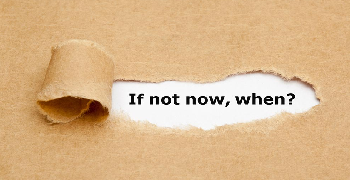 When do you need a PLM System?

2 January 2021
All our customers, no matter industry, maturity, or complexity, have had to answer the same question: when to implement a real product lifecycle management (PLM)…
Read More

Our client The Ocean Cleanup wins the Dutch Design Award with The Interceptor in the Category: Product

5 November 2020
Application Arena PLM The Interceptor has been developed using the Arena PLM platform. Arena PLM contains the complete Bill Of Material of the Interceptor, with…
Read More 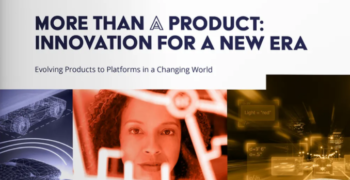